Virginia Beach, VA -Quality Moving Services was honored in August 2015 with the Carolinas-Virginia Minority Supplier Development Council’s (CVMSDC) MBE Class I Supplier of the Year award at their annual conference, this year held in Virginia Beach, Virginia. The theme of this year’s Business Opportunity Conference was Transformation. Speakers at the event included Dr. Scott Vowels of Apple, Inc. and Maurice Slaughter of Harley Davidson, Inc., to name a few. Awards were given out to outstanding minority businesses whose yearly sales range from under $1 million to $50+ million annually. When asked about his reaction to receiving this prestigious award for the second time, Vincent Tucker, Owner and President of Quality Moving Services, admits to being very surprised. "We knew that we were nominated, but as they were calling the short list of nominees, it hit me that we might actually win. Hearing my name was still the most unexpected and highest moment of the night." Tucker says his staff immediately started tweeting pictures of the trophy, but his first thought was to call his wife and family. Vincent and his wife Shalawn just welcomed a baby girl, Savanna, into the world on July 16th, so wife and baby were not in attendance to witness the event.

Quality Moving Services, based in Chesterfield with offices in Chester, Petersburg, and Norfolk, VA, was established in 1989 to serve the local communities with professional relocation services that are dependable, honest, and responsive to client's needs. In an interview from 2013, Tucker credited some measure of Quality’s success to the CVMSDC and their support. “During this time, joining and growing our relationship with the VMSDC and MBL and other MBE focused organizations has helped our corporate growth substantially.”

Tucker was born and raised in Hampton, Virginia, where he attended Bethel High School in Hampton. Mr. Tucker attended Virginia State University and graduated in 1985 with a B.S. degree in Public Administration. He has attended several additional education programs such as the University of Richmond’s Robins School of Business MBE Executive Management Program, the University of Wisconsin’s Business Management Seminar held at the University of Wisconsin and the Tuck School of Business’ Building a High Performing Minority Business Program at Dartmouth College. He was recently named Vice-Chair of the Central Regional Advisory Committee for the Carolina Virginia Minority Supplier Development Council and serves on the Board of Directors for the Central Virginia Better Business Bureau. 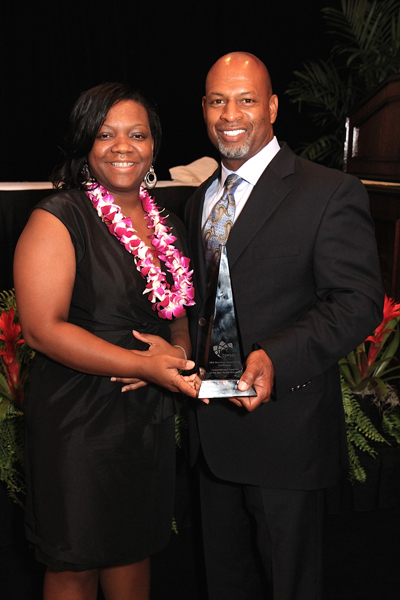